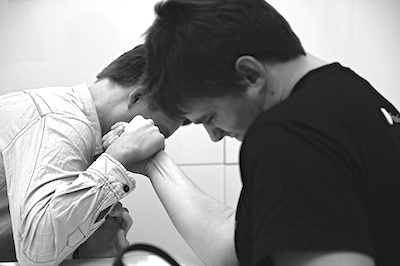 A couple recent posts by Tim Cummins, the CEO of the International Association for Contract and Commercial Management (IACCM) mentioned surprising stats on contracts and disputes.

Data gathered as part of an IACCM study on Most Frequently Negotiated Terms & Conditions was able to quantify the level of contract claims and disputes in certain industries.

Over all, approximately 9 percent of contracts “experience a significant claim or dispute,” according to Cummins.  This is not, however, the same as formal disputes (which we can assume means lawsuits), which account for less than 0.1 percent of contracts.

The key part of the data here is also the word “or.” Note that Cummins is careful to say “claim or dispute” – and that certainly would cover a wide range of behavior. Nonetheless, we can still think of the 9 percent number as the percentage of “friction” in contracted relationships.

To see how significant this 9 percent number is, consider all the contracts your company may have in place. A large enterprise may have hundreds of contracts in place for sales and service contracts. Now consider the cost of “friction” when 9 percent (nearly one in ten) of contracts result in a dispute.

That could easily mean:

* Lost employee hours – when valuable worker hours are lost on tracking down the source of disputed information/verifying information.

* Higher operating costs – especially when operational dollars are being spent trying to post-manage a conflict with a supplier or client,

And it’s very possible the industry or market your company is in experiences a far higher percentage of disputes or claims. Construction and engineering companies top the list with 20.7 percent of contracts experiencing dispute or claim “friction.”

We’ve written before about the perils of contract disputes in the construction industry (see “Building Frustration” blog post), but you don’t have to be in construction to experience higher-than normal contract friction. Telecommunications (13.6 percent), Automotive (13 percent), Transportation / Logistics (12.6 percent) and Oil, Gas, Minerals & Utilities (12.5 percent) round out the top five.

Contract management software such as Contract Assistant is simply essential to ensuring that contracts are monitored, reviewed, quantified, and prioritized for management. Contracts that get reviewed and monitored result in better-managed vendor or customer relationships.

When contract performance issues are dealt with in a timely manner, minor issues aren’t allowed to fester and blow up into costly disputes.  The end of a contract, for example, is exactly the wrong time to find out supplier costs had risen beyond contract terms.

Whether you are in an industry with a high or low “friction rate,” it doesn’t matter what the exact percentage of contracts that end in disputes. The important thing is to keep in mind that contracts need to be managed – and that contract management software will help make that task far easier.