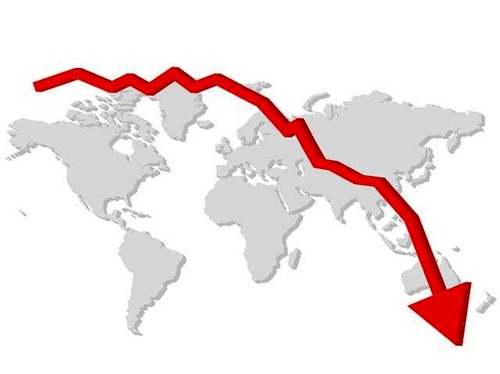 At what point does an “interesting trend” become “the new normal?”

That’s the question raised by the most recent ISG Outsourcing Index, a quarterly report issued by advisory services firm Information Services Group (ISG). The index tracks the number, type and value of contracts worth more than $5 million worldwide.

In its most recent report for the second quarter of 2015, ISG notes that the number of contracts hit an all time high — but the overall dollar value of these contracts is 7 percent lower that last year’s second quarter.

For the first half of 2015, the annual contract value (ACV) of all contracts actually declined 14 percent from the prior year. (It should be noted, however, that the Americas, as a region, bucked the trend. The Americas posted a record number of deals — and an increase in values a well).

This trend of ever-more deals while values stagnate or fall has shown up in other recent quarterly reports. So how can the number of contracts hit an all-time high while values decline?

One result, many reasons

“We’re seeing a clear and continuing trend toward more deals at lower value. From the start of the recession in 2008 until now, counts have nearly doubled, while ACV has risen only modestly,” said ISG President and Partner John Keppel in a press release. “Technology has changed significantly during this period, which saw the beginning of the Digital As-a-Service revolution and its continuing pervasive impact on the global services market.”

That may be true, but there may be other factors at play here. For instance, in a generally harsher economic climate since 2008, there’s been extra pressure on companies to perfect just-in-time inventory practices.

The last thing many companies want when the economic outlook is hazy is a warehouse full of way too many goods. Warehousing large inventories, after all, is expensive (whether you own the space or not).

And although the Americas have been fairing better than other regions in the last 24 months or so, everyone is connected, as they say.

China’s economy may have recently stumbled — but the warning signs have been in place for a while. Europe still seems to be on the verge of its EU identity crisis every other month. And even growth in some parts of Asia-Pacific has been tepid.

It may be short-term thinking — and it may not even be truly economical, but it’s safer than presenting the CEO and CFO with a huge new bill.

Dealing with the “new normal”

In any event, this trend of more contracts for smaller values may constitute “the new normal” for those buying and selling outsourced services and products.

Assuming a contract is “done and done” when signed may be a luxury these days. For those in contract management on the vendor side, this should place extra emphasis on forming close, results-oriented relationships with customers.

Is there any better argument for close contract management?