When it comes to cloud services, one of the most popular is cloud storage. 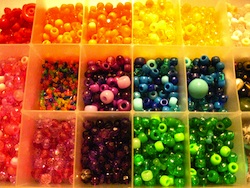 A recent blog from the Aberdeen Group (reporting on a recent survey) reports that of those they surveyed, cloud storage was used by almost half of all small businesses (49%), and 37% of mid-sized companies and 21% of large enterprises.

So why do small and mid-sized businesses use cloud archiving so much? These businesses tend to dedicate their IT dollars to the essentials such as laptops, computers, and phones rather than storage servers.

Also, in instances where they have a small network of computers, the network may be a wireless local area network (WLAN), an inexpensive option. If the business needs to back up key information regularly, that data load on the WLAN can bring the small network’s traffic to a crawl. So, it makes sense for small and mid-sized businesses to use cloud storage.

The Aberdeen post reports that one of the advantages of cloud storage is less time to retrieve data (compared to users who had no cloud archiving). The average time to recover data was six hours for cloud-storage users compared to 8.2 hours for non-cloud users, according to Aberdeen.

However, if your business is considering or using cloud storage, keep this in mind: unless your contracts are first organized in a database before disaster strikes, your disaster recovery efforts could be even more difficult and time-consuming.

At Blueridge Software, makers of Contract Assistant, we have come across many companies that, prior to implementing a contract management solution, have literally no system for organizing contract information. Often contract information (PDFs, Word docs, Excel files, etc.) are scattered across the company on users computers – and hidden in multiple files as well.

In a disaster-recovery scenario, having that information organized into a single database before it is stored in any way saves time and effort when it comes time to retrieve.

Many cloud-storage systems rely on meta data to organize stored documents. The database itself could be identified and restored by its extension or name but identifying and restoring specific contents within the database may be difficult or even impossible. A lengthy delay in recovering specific data can be costly to a small business.

What if all your contract data is stored in dozens of different folders and formats? What can be a laborious process even in the best disaster-recovery scenario can then turn into a real blow to your company’s time and resources — or even lost business.

When it comes to cloud storage, it’s probably a good idea, especially for smaller businesses. But don’t forget that if your data is organized before being backed up, you’ll be one step ahead of any disaster.