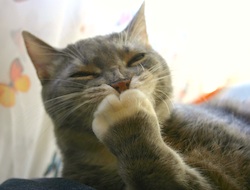 Nobody is perfect, and not everyone has the benefit of hindsight. That’s what makes it interesting when contracts have unintended consequences. Sometimes, bad contracts have even influenced … the entire world as we know it.

Don’t think so? Consider these two examples, which definitely changed the course of business and economies for years to come.

Example 1. IBM contracts Bill Gates for an operating system – allowing him to keep the copyright.

Someone was definitely asleep at the switch at IBM when they contracted Bill Gates’ Microsoft to develop an operating system for its computers (which they named PC-DOS), but allowed Gates to retain the copyright for DOS, which he called MS-DOS. That decision was made just at the very beginning of the desktop PC revolution. MS-DOS was the most widely used operating system at the personal computers takeoff phase – from the early 1980s and into the early 1990s. You have to give IBM a little leeway however – they were probably thinking DOS wouldn’t be around long anyway. For those who worked on earlier computers … it WAS around way too long.

Example 2. Xerox field trip for Steve Jobs helps give away the personal computer.

OK, this wasn’t an actual sales contract – but it was a deal with a monetary value. It occurred in late 1979 when Apple was one of Silicon Valley’s bright young start-ups. Steve Jobs, however, had an eye for innovation and knew he needed to get a peek inside Xerox’s legendary research facility in Palo Alto. Though some parts of the story may be apocryphal, we know that Xerox’s venture capital arm had invested in Apple – and in some arrangement had agreed that Jobs and his team could visit Xerox’s research facility.

What happened is now legendary: Jobs was shown ground-breaking computer featuring something called a “mouse” which opened different “windows” with graphical user interfaces, drop-down menus and they even showed him early email capabilities. It’s true, however, that Apple and Jobs were already working on these features (and ran into some stumbling blocks) – but Xerox basically validated everything Jobs and his team had been doing. Luckily, Xerox lost interest in computers… but Steve Jobs didn’t.

OK – is this really a bad sales contract? Not really – it stretches the definition, admittedly, mainly because it wasn’t really bad for either party. Except in hindsight of course. However, no doubt nobody at Xerox likes to be reminded that Steve Jobs saw something they didn’t.